Google Ads campaign language. Seemingly a simple topic, but auditing campaigns I often encounter incorrect language settings. This is due to the fact that not everyone knows exactly how this steering works. This error most often occurs with people who are inexperienced trying to make their first campaign, so I thought it would be worth […] 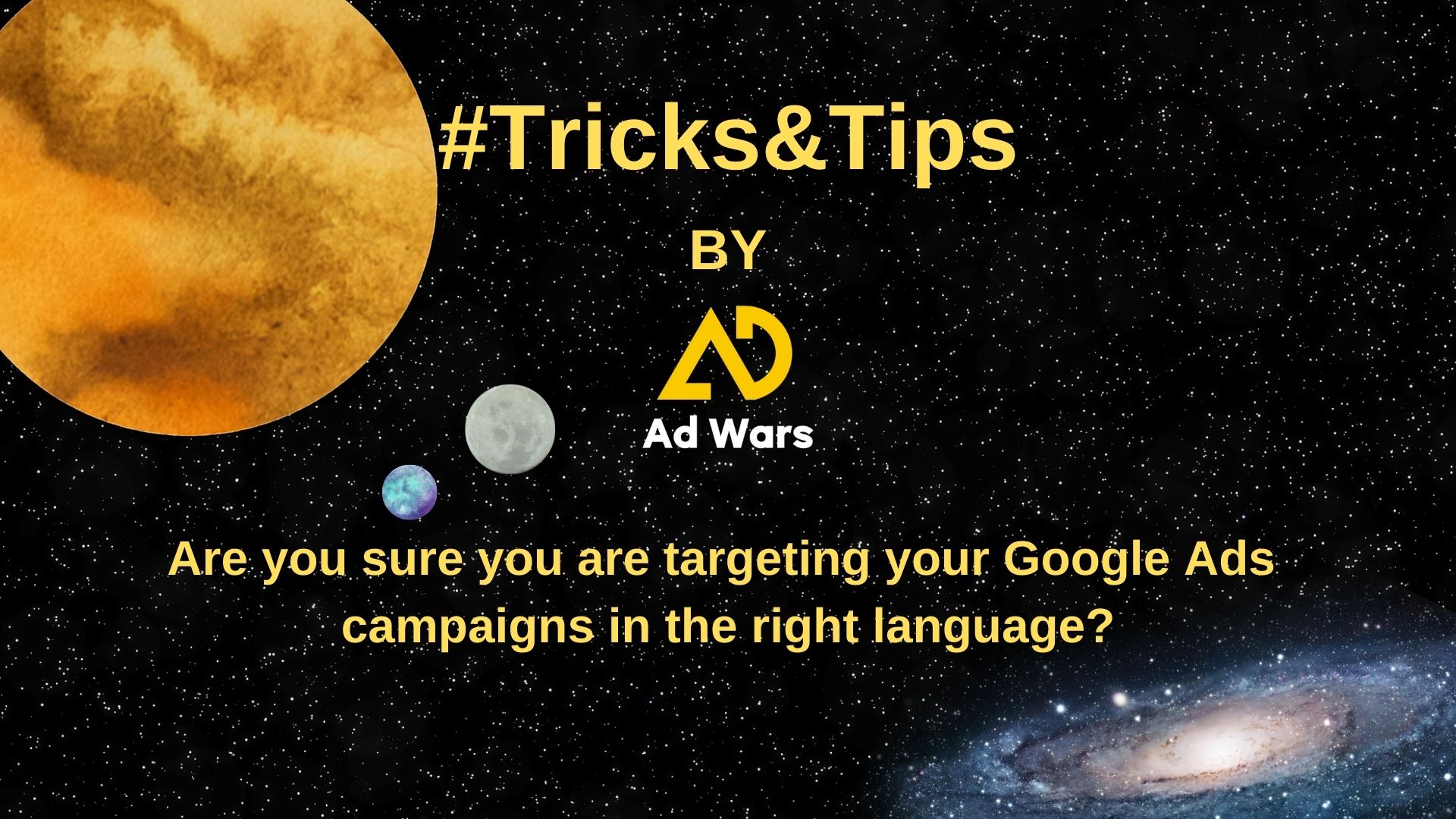 Google Ads campaign language. Seemingly a simple topic, but auditing campaigns I often encounter incorrect language settings. This is due to the fact that not everyone knows exactly how this steering works. This error most often occurs with people who are inexperienced trying to make their first campaign, so I thought it would be worth addressing this topic and explaining it a bit.

Where to set the language of the Google Ads campaign?

If we understand what this concept really means, we won’t have any problems with setting the language in campaigns. The campaign language is actually the browser language used by our user. It is true that the Google Ads support says that the user’s language also includes the location and the language in which the user searches for information, but the language of the browser is dominant here.

Which campaign language should be set?

Once you know how the campaign language works, it’s worth answering the question of how to set it. The first thing that comes to mind is setting the language spoken by users in a given country. And this is a bug that can cost us a lot of conversions.

There are many cases in which people use a language other than that used in a given country. We have open borders. In each country, we find people who live there, but come from different countries. These people most often use the browser language in their native language or in English. If we set only the language used in a given country, we limit ourselves to reaching such people with our advertisements. Another example is people learning other languages. Such people very often (I also do) change the interface language in order to be familiar with a given language. Again, by setting only one language, our ads will not reach them. Many people also have the English language set simply in search engines due to its universality and we do not want to exclude such people from our campaigns (except special cases).

So what language should I set? There are actually two approaches. During my trainings, I teach that it is worth targeting campaigns to all languages. As a result, our ads appear to everyone in a given location. However, some people say that this is too broad targeting and in the language settings they add the language of the country in which the ads are displayed and additionally English. There is no best solution. It is worth testing both options and see which one benefits us the most.

They are like everywhere. The simplest example is travel campaigns for tourists. If we want to show advertisements only to people from Germany who came to Krakow, the language of the campaign will be German and the location will be set to Krakow. Such people probably have a browser in German and with such a procedure we narrow down our management and do not allow the budget to be burned out. The same applies to every location where we want to reach people of a different nationality than the residents.

As you can see, a lot can be done with the language used in the campaign. It is worth remembering, because such a simple setting can narrow down our audience or make our ads appear too widely.

These articles may interest you